Realme Buds Air Neo will be so special, know the features 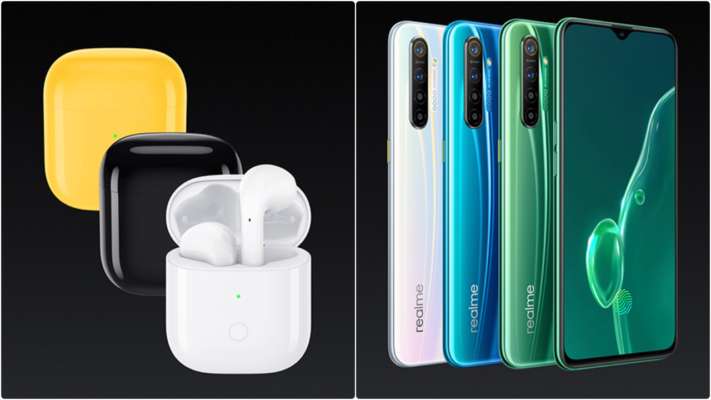 Showcasing the Realme UI, the company has mentioned a new feature, called Dual Earphone Connection. This feature is to allow users to stream music on both wired as well as wireless earphones. So far, there has been no significant leak regarding Realme Buds Air Neo. But it is also considered important information.

In the screenshot of the user interface, Realme Buds Air Neo is mentioned in the list of media devices connected to the phone. High-end features such as noise cancellation can be seen in Realme Buds Air Neo, and there is also something that we are not able to see in the cheap Buds Air in the market. We, like any other product, want our headphones to offer us the best at its price i.e Best Headphones Under 3000 that provide a rich listening experience with impressive sound quality, extra bass, noise cancellation and a good built.

Just yesterday, Realme revealed more information about the upcoming custom interface based on Android 10, which is being called Realme UI. The update will roll out later this year and will feature several updates in the form of animations, wallpapers, icons, and more. Realme will use Oppo’s Quantum Animation Engine which can be viewed with ColorOS 7 to improve the display.

In fact, as Realme’s first pair of wireless earphones, we’ve seen its design, strong bass-giving capability, and USB Type-C and Qi wireless charging. However, we do not like average battery life etc. Realme Buds Air Neo can solve those problems by adding a bunch of new, useful features. Which we had seen in the past.

The NCC listing clearly mentions the name Realme Buds Air Neo, and RMA205 as the model number. There is not much to extract in terms of hardware specifications and features in the NCC certification documents, but they give us a good look at the upcoming Realme true wireless earbuds. As far as design goes, the Realme Buds Air Neo appears to be heavily inspired by the vanilla Realme Buds Air, which in turn look quite similar to the AirPods. The images show the Realme Buds Air in white colour, accompanied by a charging case with a matching colour profile. As we mentioned, the Realme Buds Air Neo name was also spotted in a Realme UI introduction video last week.

Realme is an offshoot of the Chinese brand Oppo, and aims to provide smartphones under Rs. 20,000 for the “young people around the world.” It is led by former Oppo Global VP Sky Li and was launched in May 2018. Realme’s latest mobile launch is the C2s. The smartphone was launched in 7th January 2020

The Best Emulators for Playing Retro Games on Modern Devices

Degaussing definition – What is a Degausser